How do we accelerate the New Economy conversation from the billions to the trillions (B2T) such that we are working on solutions at the correct scale? If you were making the call, what would you do?

I would create a massive investment guarantee program for the world, to be honest. That would be my big breakthrough idea and process. The only way we are going to move money at scale now is if we see a major step up in the functions of development banks and development finance institutions.
What could that look like?

My whole framework around this is that, for us to move from billions to trillions, we have to:

look at what has worked in history during major step-function change in investment.
revive the role of state-driven and state-supported financial intuitions, because financial markets by themselves will never be able to move this amount of money this quickly. The fact of the matter is that the market doesn’t price or value these types of things that you and I care about enough to move trillions of dollars into it.

I think the most powerful instrument that we have within these development banks(and by the way I’m not talking about the MDBs – I’m talking about national and sub-national development banks) is this idea of investment guarantees, which is a very controversial subject and topic. This idea that you have a public institution, or it can even be a private institution, but I’m talking public institutions, that guarantee a certain level of investment return for certain sectors and certain projects and certain regions of the world that otherwise would never see large-scale private investment because the perception of risk is so high (particularly now by the way) when the whole attitude towards emerging markets, towards Africa, towards renewable energy, towards infrastructure—all the things that we care about in the sustainable development push—has changed so much over the last 3 to 4 years. The tide has really gone out of emerging market investing. And it’s really gone out of renewable energy, sadly,

Who does NOT think this is insane?

What I’m trying to channel is some of the instruments that that have made China so successful over the last 30 years. You should review a fascinating article that I just read, called “Reframing the World.” A famous economist called Branko Milanovic wrote a beautiful little essay about how we might be going through an intellectual paradigm shift in the world right now, which happens once every maybe 300, 500, or thousand years.
That intellectual shift may just be rooted in the fact that he so-called Western-capitalistic-risk-return-project-by-project method of analysis is wrong. What’s actually the model of the Chinese government-led, government-driven, outcome-oriented, planning-oriented economy has been successful for 30 years. Singapore, which is probably one of the most successful economic stories ever, has also been using this at a much smaller country context. As Western economies slow down, as Western politics totally are collapsing in front of our very eyes, people might turn to the Eastern model and say: “You know what? Let’s give this a go. Let’s at least take elements of this and give it a go for our systems.”
What I just outlined to you about investment guarantees, large state subsidization of certain sectors, and so on, is very much of that thinking, of taking models and successful aspects of the Eastern tradition and trying to incorporate it here in the West. That’s sort of where my headspace is.

Anything is possible. It requires a totally different structure, framework, method of analysis, new winners and losers, etc. For the first time, we’ll start thinking about winners as the hundreds of millions or billions of poor people who you can’t actually incorporate in a percentage ROE, which is what our friends in private equity only care about.
I’m sure there will be some wasted money, a lot of wasted money. A lot of projects that are not actually needed get built. I’m sure there will be corruption, a lot of corruption. But my general framework is that, if we can get a billion people out of poverty, frankly I don’t care if some rulers take some money and stick it in their pockets. People often say, China’s so corrupt. Yeah, sure, but so is the U.S. The whole system is absolute corruption. I’m not seduced by this whole attitude that, if you do state-driven capitalism, money will just get lost in corruption. I just think that there are different winners and losers, and we should have a long view.

So yeah. It’s possible. This is my life goal. I’m writing my PhD on this subject at Oxford. I’m leading multiple initiatives around the world to try to get this type of thinking back into the public discourse.

If you’re given a mandate by the world to move us all from B2T, billions to trillions, by the year 2020, isn’t this an audacious, impossible, global transformation effort? What would the roadmap look like?
Yeah. I would start a global campaign to create/improve/mobilize development banks at all geographies, so at multi-lateral-, at regional-, at national-, at sub-national-, at city-, at county-levels, there is a financial revolution, an institutional revolution, that takes these types of ideas and brings them to all levels of an economy. By the way, if we were having this discussion 50 years ago, what I’m saying right now wouldn’t sound so crazy, because this is exactly what happened at the end of World War II, during the Marshall Plan, and it’s exactly what happened during decolonization, when all of these regional development banks got established. 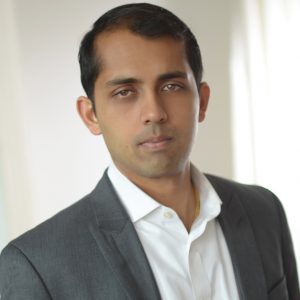 That’s my roadmap. As someone who’s been traveling around the world, listening to many discussions, writing and reading a lot about this space, that to me seems like the only way that we will get there, in terms of a financial market design or institutional design. At its very core, it’s the idea that the state and that governments will have a much larger role to play in subsidizing and guaranteeing investment returns for the private sector.

Is India Ready to Embrace the Circular Economy?
Scroll to top