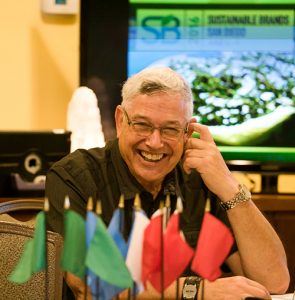 Prof. Yehuda Kahane is a Fellow (and a member of the executive board) of the World Academy of Arts and Science (WAAS). He is the Laureate of the 2011 prestigious Insurance Founders Award (John S. Bickley Award), by the International Insurance Society for his contribution to the theory, practice, and education in risk management and insurance in the world. The same year he was also awarded for his lifetime achievements by the Israeli Insurance Industry.

Kahane is active in both the academic and business areas.He is a Professor (Emeritus) of Coller Business and the Porter School of Environmental Studies, and headed until recently the Institute for Business and the Environment at Tel-Aviv University. He founded and served as dean of the first academic school of insurance in Israel (now a part of Netanya Academic College). At Tel Aviv University he directed the Erhard Insurance Center, the actuarial studies program, and coordinated the Executives Development Programs. He is a life and non-life actuary (Fellow of the Israel Actuarial Assoc. and other international actuarial associations). Prof. Kahane is also a Trustee and Fellow of the World Academy of Arts and Science. Version 2.0 of the e-book  Risk Management  for Individuals and Enterprises (co-authored with Profs. Baranoff and Brocket), has recently been published by FlatWorld and Boston Academics (February 2019).

His studies in risk management, and his practical business experience, led him to realize the importance and urgency of environmental risks issues. In the last 20 years he has focused on environmental and societal risks that threaten humankind survival on Planet Earth. And had suggested practical solutions for mitigating the environmental threats, financing $trillions per annum to combat these risks, while reducing the employment and retirement insecurity of the Millennials. YKCenter is a brand name that is used as a framework that includes many activities aimed to these directions: educational activities, Trans-For- Nation models, preparing organizations for the new economy, identifying and supporting game-changing ideas and organizations, promoting the new SDGs in several countries (in collaboration with UN organizations), and helping large projects of impact investments and social innovations. Kahane is often using insurance related mechanisms as a leverage for handling major large scale challenges in seemingly unrelated areas.

Since 1966, Kahane has taught at universities around the globe, including the Hebrew University of Jerusalem, the Wharton School of the University of Pennsylvania, the University of Texas at Austin, the University of Florida, the University of Toronto, and others. He founded and directed the Israel CLU Program. He has organized and lectured in hundreds of seminars and conferences. Kahane, the author of several books and numerous articles, was ranked among the most prolific researchers in insurance (JRI, June 1990). He served on the editorial boards of the leading journals in his area.

He helped at the beginning of the 1980s he helped a project to increase food production in Latin American countries. The pivot to the plan was developing the then practically non-existiant agricultural reinsurance plans, that enabled to supply insurance protection for the farmers’ crops. The coverage was then used to guarantee the financing that was needed for acquiring better agricultural technologies. This helped to drastically increase the agricultural output of the entire continent, to better feed hundreds of millions people, and at the same time to increase the agricultural reinsurance market from about $15 million to multiple billions,

Kahane has a rich entrepreneurial experience. He started his business career in a large privately owned multinational corporation (United Development Inc) that operated mainly in East Asia. He consulted some of the largest corporations in Israel (such as Israel Aircraft Industry, Israel Chemicals, Major banks, IMI,  Port Authority, Israel Railways, Maman, El Al, Health organizations, etc.)  on a variety of risk management and insurance related issues.  He is a co-founder, director, and major shareholder in Ituran Location and Control (NASDAQ:ITRN). He was a co-initiator of the concept of “new” balanced pension funds in Israel, At the end of the 1980s he co-founded Teshura – a pension fund (that was later adopted by the government as a model to most pension funds in Israel).

He is highly involved in the formation and management of start-up companies and technological incubators, in a variety of advanced and high-tech areas. He owned the Weizman Hi-Tech Incubator, and is a a major shareholder and director of Capital Point Ltd. (TASE: CPTP).He had been a director since the establishment of the New Dimension Software (then Nasdaq DDDDF) – a company that developed the software needed to run large computer centers – until it was merged in 1999 into BMC (now the 5th largest software company in the world).

In addition he is involved in many voluntary NGOs activities (e.g., Chairman of the Association of Visually Impaired People in Sharon District, Director in the umbrella organization for visually impaired people Israel, the PIBF – Palestinian International Business Forum,Israel-Brazil Chamber of Commerce, etc.).

He is an honorary member of the Marco Polo Society, and of Israel – Brazil Chamber of Commerce.

Kahane has served on the Israeli Insurance Council and on several government committees on a variety of insurance topics. He was a member (and sometimes chaired) a variety of governmental and public committees related to social security, natural risks in agriculture, earthquakes, war risks, pensions and savings, traffic accidents. In 1975 he was among the driving forces in a national reform of motor car insurance in Israel.

Kahane is married to Rivka Kahane (Formerly the head nurse of Hematology dept. in a major Israeli hospital). Father to three and grandfather to seven (great) grandchildren.

Contribution to the Insurance and Risk Management Industry

Prof. Kahane’s activities have had a substantial impact on the insurance industry, both in Israel and globally.

His main contributions lie in the following areas:

On November 17, 2010,  The International Insurance Society (IIS) has announced that Dr. Yehuda Kahane, Tel Aviv University, Israel, is the 2011 winner of the John S. Bickley Founder’s Award. Prof. Kahane was honored during the gala dinner at the IIS 47th Annual Seminar, which took place at the Fairmont Royal York Hotel in Toronto, Canada, June 19 – 22, 2011. 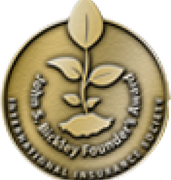 The prestigious Founder’s Award was instituted in 1972 and is named in honor of the founder of the International Insurance Society, the late Dr. John S. Bickley, Emeritus Professor of Insurance at The University of Alabama, who served as  IIS president from 1965 to 1989. The award honors individuals who have made a significant and lasting contribution to insurance thought, product, practice or education. The Founder’s Award recipient is elected by secret ballot by the IIS Honors Committee, a body of senior insurance executives and leading academicians. Committee members are appointed by IIS Board of Directors and represent all sectors of the industry and regions of the world.

Since 1966, Kahane has taught at universities around the globe: