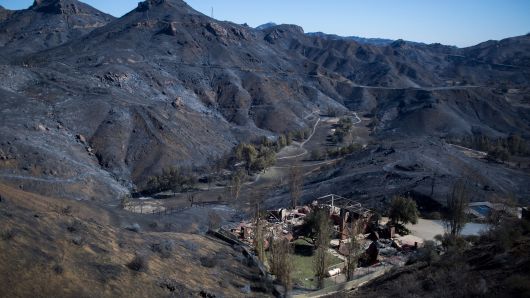 Thirty years ago, this magazine published “The End of Nature,” a long article about what we then called the greenhouse effect. I was in my twenties when I wrote it, and out on an intellectual limb: climate science was still young. But the data were persuasive, and freighted with sadness. We were spewing so much carbon into the atmosphere that nature was no longer a force beyond our influence—and humanity, with its capacity for industry and heedlessness, had come to affect every cubic metre of the planet’s air, every inch of its surface, every drop of its water. Scientists underlined this notion a decade later when they began referring to our era as the Anthropocene, the world made by man.

I was frightened by my reporting, but, at the time, it seemed likely that we’d try as a society to prevent the worst from happening. In 1988, George H. W. Bush, running for President, promised that he would fight “the greenhouse effect with the White House effect.” He did not, nor did his successors, nor did their peers in seats of power around the world, and so in the intervening decades what was a theoretical threat has become a fierce daily reality. As this essay goes to press, California is ablaze. A big fire near Los Angeles forced the evacuation of Malibu, and an even larger fire, in the Sierra Nevada foothills, has become the most destructive in California’s history. After a summer of unprecedented high temperatures and a fall “rainy season” with less than half the usual precipitation, the northern firestorm turned a city called Paradise into an inferno within an hour, razing more than ten thousand buildings and killing at least sixty-three people; more than six hundred others are missing. The authorities brought in cadaver dogs, a lab to match evacuees’ DNA with swabs taken from the dead, and anthropologists from California State University at Chico to advise on how to identify bodies from charred bone fragments.